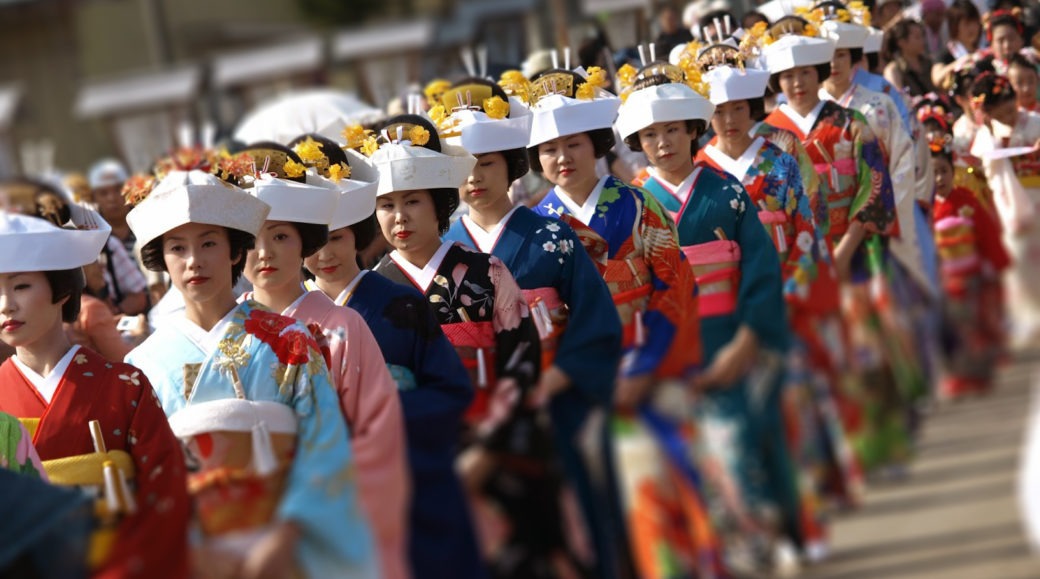 Although Japan’s ancient capital, Kyoto, is said to celebrate a festival every day somewhere in the city, the Gion Matsuri is generally believed to be the best, and marks the highlight of the Kyoto festival year.

Dating back to the ninth century, the Gion Matsuri has its roots in a purification ritual intended to clear plague from the city, and now spans the month of July, with most of the events falling in the middle of the month, and festivities reaching their peak with the Yamahoko-Junko Parade on July 17th. During the festival, Kyoto’s streets are filled with traditional gion-bayashi music and decorated floats, which are lit up on the evening of the 16th, turning the city into a magical scene. Kyotoites wander the streets in festive summer kimono, and the air is scented with special festival foods.

The Yamahoko-Junko in particular is fascinating to watch, as the beautifully decorated floats are manoeuvred through the narrow Kyoto streets amidst crowds of traditionally clothed participants and onlookers.